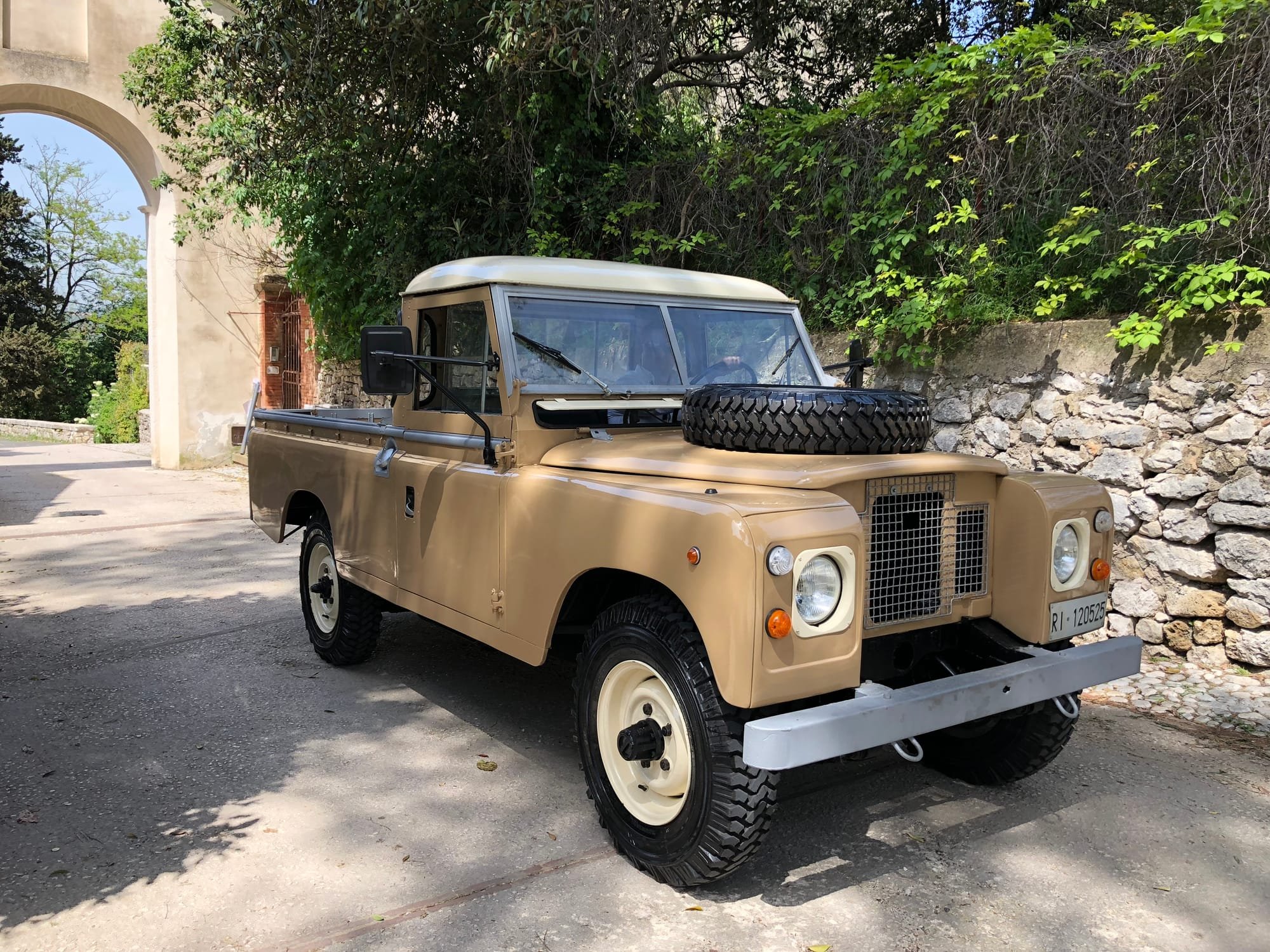 It was used for over forty years on a farm north of Rome in the Sabine hills, to transport the workers during the olive harvest. It was thereafter transformed into a pick up truck in 1985 and used ever since to transport the olives to the press, thus of great support in the world famous production of Sabine extra virgin olive oil DOP. Our Defenderforyou.com team found the vehicle passed down and put aside but in good condition. It was dismantled, repainted both the exterior and interior, provided with new covering for the posterior seats, and the brake system was adjusted. In its present state, the vehicle is a small jewel: fascinating, silent, romantic, antique and actual. In each vehicle acquired, one can find a small memento in the object or coin compartment that has been left by the particular dedicated team members who were involved in its restoration.